Hi, I’m Izzy! I’m a third-year college student currently interning for Bend The Arc’s Southern California Chapter. I’ve interned with organizations that work to achieve social justice before, but none have impacted me the way that interning with Bend The Arc has. I’m going to be sharing a series of three blogs with you where I explore what it means to work to achieve social justice within a framework of Jewish grounding. Thanks for exploring with me!

In all honesty, sometimes I feel like our vision for a world where all people can live, love, and thrive is impossible to accomplish. When I feel this way, I believe that the people, systems, and corporations which have power are unmovable and will never change to help our cause. I was feeling this way when I arrived at the office for a six-hour meeting on a Sunday. My perspective was truly transformed when we studied a portion of the Story of Sodom. 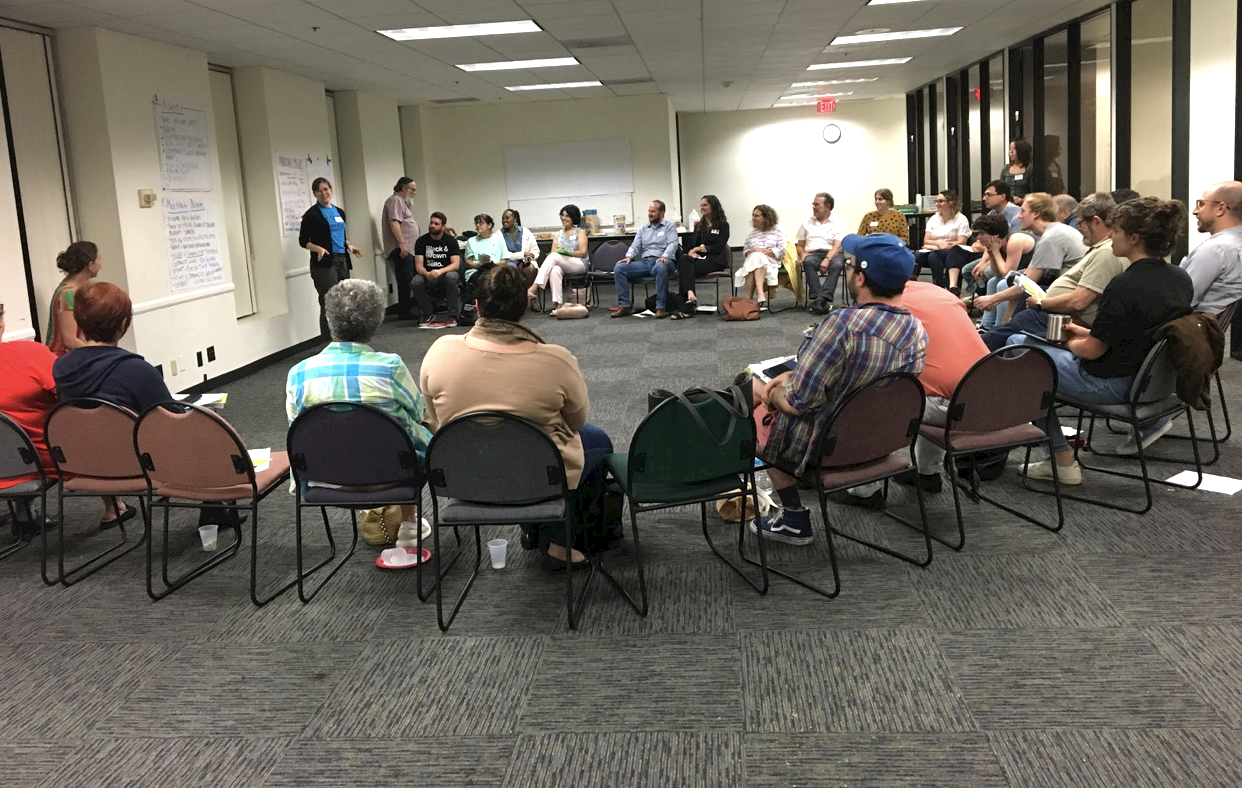 You can expect to leave all Bend The Arc gatherings with a better understanding of the Jewish connection to social justice work. Leaders devote time in every meeting to study a Jewish text that begs us to consider why we are committed to this work. Many of these text studies have successfully centered me to work with intention during meetings, but this text study moved me in a different way.

The story begins when God is planning on punishing the cities of Sodom and Gomorrah for their sinful ways. Abraham stands up to God and pleads for the innocent people to be considered in God’s decision to destroy those cities.

Abraham interrogates God about how many people need to be innocent in the city to keep it from demolishment. The text ends as Abraham persuaded God to agree that if there are only 10 innocent people present in the city, the city will be spared.

In this story, we see God, the most omnipotent figure, being moved. Abraham remained standing before God. Abraham questioned the one and only God a total of five times. This story reminded me that we must not bow our heads and succumb to the unjust actions of powerful leaders in government and corporations.

We must not ask for a little mercy. Instead, we should advocate strongly and thoroughly for justice. When we dare to stand up to leaders and corporations that seem to be untouchable, we can successfully make this county a place where everyone can live, love, and thrive.

It is important to note that this story uses a binary that people are either innocent or guilty. The story can be read in a way that makes it seem as though Abraham is bargaining only for the lives of the innocent. The way I read it, Abraham is asking for the entire city to be saved, including the portion of guilty people. I think it can be argued that Abraham used the framing of the innocent and guilty people as a tactic that would work to move God. From this, I learned that we must be clever in how we change people’s hearts and minds to act for humanity.