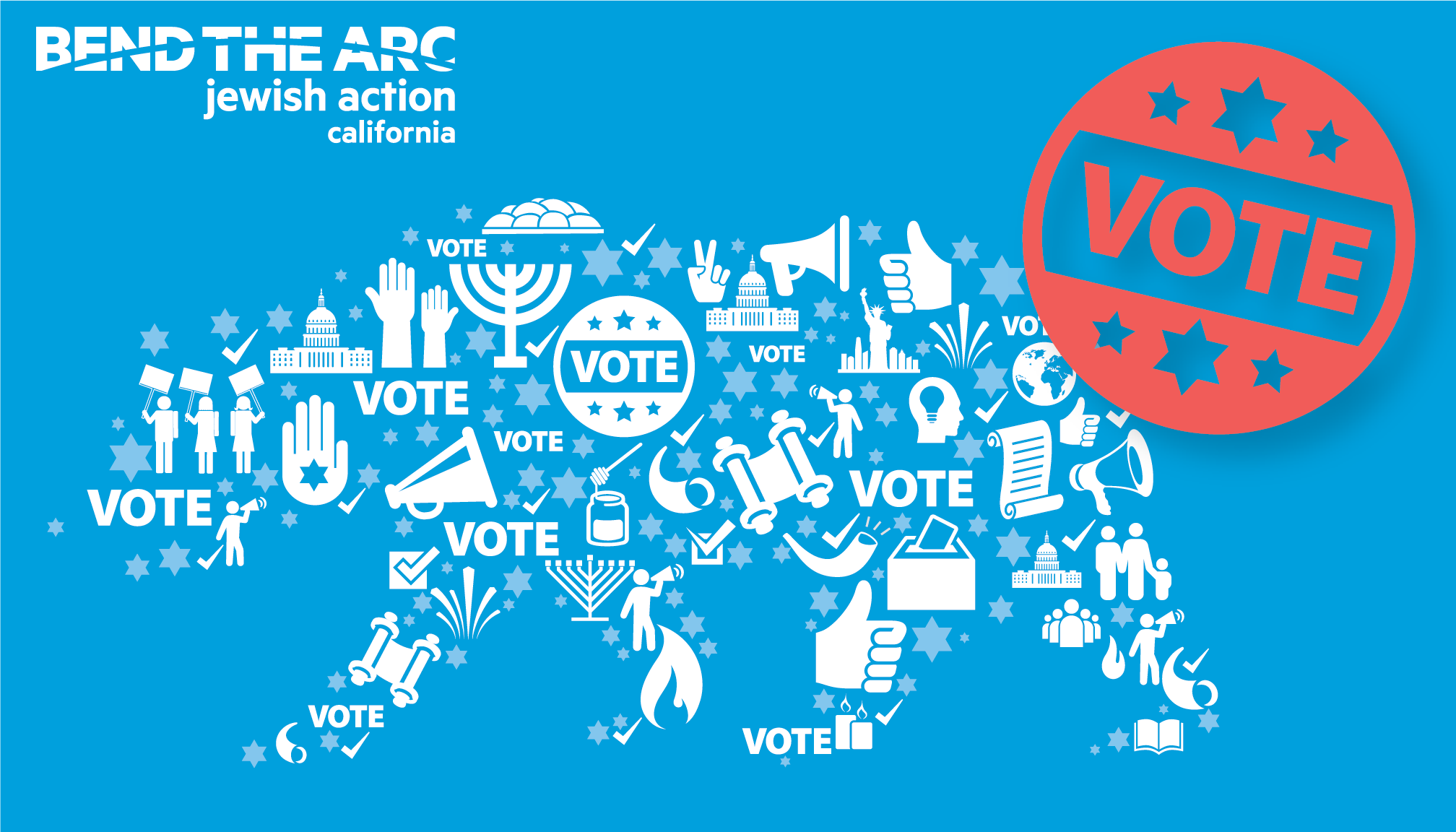 This year’s election is one of the most significant of our lifetimes. Over the past few months, Bend the Arc volunteers honored our Jewish tradition of spirited analysis on laws and ethics by tirelessly researching, discussing and debating the topics on the California ballot.

The result? Our November 2020 Voter Guide on California Propositions, which you can download here.

In this critical analysis of issues on our ballot, Bend the Arc honors a Jewish American hero, Justice Ruth Bader Ginsburg. We stand with confidence when we state “I dissent.” In our collaborative work to advance social justice and racial equity we must hold up our vision for a world of belonging and righteousness as we discern which laws to support and which to oppose. The words of RBG speak to us now,

“Dissents speak to a future age….the greatest dissents do become court opinions and gradually over time their views become the dominant view. So that's the dissenter's hope: that they are writing not for today, but for tomorrow."  (More quotes from Justice Ginsburg)

Among the important propositions for Californians to consider, Bend the Arc expresses dissent by opposing Proposition 20 and Proposition 25.

OPPOSE: Proposition 20 would reverse the criminal justice reforms achieved by AB 109, Proposition 47, and Proposition 57 by increasing the penalties for a number of low-level theft and fraud crimes and by making it harder to attain parole eligibility. If passed, the proposition would result in hundreds of millions of dollars in increased spending on law enforcement and incarceration, would increase overcrowding in our jails and prisons, and would saddle many more Californians, particularly Black, Indigenous, and people of color (BIPOC), with incarceration and felony records.

OPPOSE: Proposition 25 would uphold Senate Bill 10 (SB 10), a bill passed in 2018 that eliminated cash bail in California and would replace it with a more dangerous racially biased risk assessment. This measure gives more power to judges and probation (police) departments, and further invests in a deeply inequitable system. While we strongly support efforts to reform California’s unjust cash bail system we believe that our vision of a transformed pretrial justice system is best served by opposing the proposition.

The central concept in Jewish teaching of repentance (t’shuvah) guides our stance with these two measures.  As the theme of our recent High Holidays, T’shuvah means “returning” to the moral and ethical path. T’shuvah recognizes that as human beings, we make mistakes, but that we should be allowed the opportunity to grow from those mistakes.

As the prophet Zechariah said: “Administer true justice; show mercy and compassion to one another” (Zech. 7:10). True justice does not come from the heedless punishment enacted by legislation like Proposition 20. Instead, we need to continue and improve on the reforms already underway with AB 109 and Propositions 47 and 57 that gave California the opportunity to begin to address the devastation of white supremacy and mass incarceration. Similarly, true justice does not come from increasing investment in racially biased systems and institutions through legislation like Proposition 25 — even when  it is touted as “reform.”

Instead, in the pursuit of justice we aim high and pull hard toward the vision of solidarity and collective well-being that we hold in our hearts.

There are many incredible advancements toward justice for Californians on the ballot  during this election.We hold strong support for several key ballot measures:

SUPPORT: Proposition 15 requires most commercial and industrial properties to be taxed based on their market value, generating revenue for school districts, community colleges, public schools, and local governments.

SUPPORT: Proposition 17 restores voting rights for people who are on parole for felony convictions.

SUPPORT: Proposition 21 allows local governments to enact rent control for housing that was first occupied over 15 years ago, with an exception for landlords who own no more than two homes with distinct titles or subdivided interests.

In this critical election, we need all hands on deck. Download and share Bend the Arc’s California Voter Guide and use your vote to help build a more just, equitable society for all Californians.